Loneliness and the Lack of Human Touch 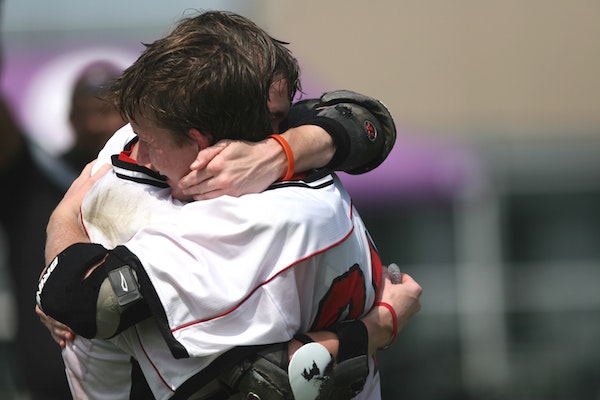 In a recent article on USA Today, it was announced that “young people are far more likely than senior citizens to report being lonely and in poor health.” After a study including 20,000 Americans was published, the results are causing quite the stir.

“The overall national loneliness score was alarmingly high at 44 on a 20-to-80 scale, but the prevalence of social isolation among those ages 18 to 22 raises even more concern. The younger people, part of Generation Z, had loneliness scores of about 48 compared with nearly 39 for those 72 and older.”

This is predicted to effect overall mortality rates, as loneliness impacts health and increases suicide risks. Loneliness is tied to chronic stress and depression, which both trigger chronic inflammation and risks to numerous diseases. It is a sad and disheartening truth that needs to be talked about.

We want to place blame on social media and technology, which does play a large role. Although, this study discovered that all young Americans felt lonely – not just those attached to screens and online relationships. What if I told you that the root problem was far deeper than this?

The truth is that our society is lacking human touch.

It starts at infancy when parents utilize products to hold or soothe their babies instead of wearing them skin-to-skin or feeding them on demand. From there, the human touch factor continues to dwindle. Throughout childhood, families have the weight of the world on them to keep up with Jones’. There are countless sports, camps, clubs, and activities to somehow schedule into daily life. There is too much homework, not enough sleep, and expectations that are too high. This all leads to very small intervals of actual family time. The constant struggle of going and going restricts the amount of time children receive emotional and comforting interaction.

This trend continues throughout the teenage years and with the pressures of college applications, financial aid worries, and lack of true friendships due to the impending doom that is social media, young adults enter college and the real world as alone as ever.

When was the last time friends hugged one another, or teachers patted students on the back, or coaches high-fived their players? We live in a world where adults are scared to be seen using physical contact on minors and parents are too busy to get more than a handful of hugs in over an extended period of time, and in turn, this world has produced a generation full of under-touched humans.

Why We Need Human Touch

Human Touch Promotes Confidence. One study discovered that students are 3 times more likely to participate in class discussions after a teacher proudly pats their shoulder during class.

Physical touch is known to improve the function of your immune system as well as reduce diseases such as those associated with the heart and blood. One study found that receiving more hugs from partners led to lower heart rates and blood pressure.

Less touch as a child leads to greater chances of violence later in life.

Touch helps to bond people together, creating and fostering trust and happiness.

Economic benefits can be linked to physical touch because of the connections and trust it forms. (An example: professional sports teams whose players touch more often -hugs, holding hands in prayer, touching arms, pats on the back- win more games than teams who do not practice such actions.)

Interpersonal touch has a powerful impact on emotions, and it can increase chances of love, connection, and happiness.

How To Increase Physical Touch

See Your Chiropractor. No other doctor connects with patients in such a ‘hands-on’ way. It is one of the reasons there is such a high success rate that comes with included chiropractic care in your life. Physical touch can lead to happiness, but it can also be the key to wellness.

Hug. Hug friends and family and even a stranger if the opportune moment presents itself. (Aim for 8-12 hugs a day, especially with your children!)

Slap on the Back. Don’t be afraid to do the work-version of a hug and motivate a coworker with a ‘Good Job!’ Pat on the back.

Current research is suggesting that touch is truly fundamental to human communication, bonding, and both physical and mental health. Take time to reach out and physically connect with those around you.