It is almost impossible to avoid interaction with technology today.  Our children are exposed to smart phones, tv’s, laptops, smart watches, iPads, LeapPads, other pads, and gaming systems just about every awake hour of every day of their lives, starting from infancy. As parents, we know it is wrong, but yet, the blue light draws us all in.

Children between the ages of two and 18 spend an average of five-and-a-half hours (or more) a day at home watching television, playing video games, surfing the Web or using some other form of media.

Brain growth occurs at a rapid rate.  From birth, an infant already has all of the neurons he will ever have, but the synapses are forming based on nourishment and environment. Synapses are the relays over which neurons communicate with each other and are the basis of the working motherboard of the brain. Already more plentiful than an adult’s at birth, synapses multiply rapidly in the first months of life. A 2-year-old has about half as many synapses as a grown adult. They continue to form throughout childhood, into the teenage years, and complete development around age 25.

A few facts we know to be true about the development of the brain:

The amount of time spent in front of blue-light media devices at 2 years of age is linked with academic, social and health problems by age 10:

The average amount of reported time a 2-year-old spends exposed to blue-light media each day averages around 90 minutes. Again, that is the reported average, not the actual. I would assume the numbers are much higher. The American Academy of Pediatrics recommends children under 2 watch no TV, and children over age 2 watch no more than 2 hours per day.  For every hour beyond this mark, the rate of the above mentioned problems increases.

As children enter school, those who utilize the internet during class cannot recall the information being taught nor do they perform as well on a test of the material as those who are not exposed to media. Research proves that reading books, not screens, develops reflection, critical thinking, problem solving, and vocabulary.

Not only is increased screen time effecting learning and brain development, potentially stunting both, but exposure may be causing permanent eye damage. Unlike digital eye strain, the effects of blue light media add up over time and can lead to eye diseases like macular degeneration. Children are at a higher risk than adults because their eyes are still developing, and they don’t yet have the protective pigments in their eyes to help filter out some of this harmful blue light.

I know that this is all scary, and yet common sense at the same time.  We live in a time of technology, and our children should be included so they are not surpassed, but there is so much to be aware of before handing over a device and walking away. Notice body positioning as devices are used.  Joints can be effected by prolonged media usage, effecting posture and causing many chronic problems.  I see it all too often in my practice!

The bottom line, follow the guidelines of zero exposure before age 2 and limit to under 2 hours a day afterward. It may be an easy babysitter.  It may even provide educational purposes, but there are consequences to the exposure. 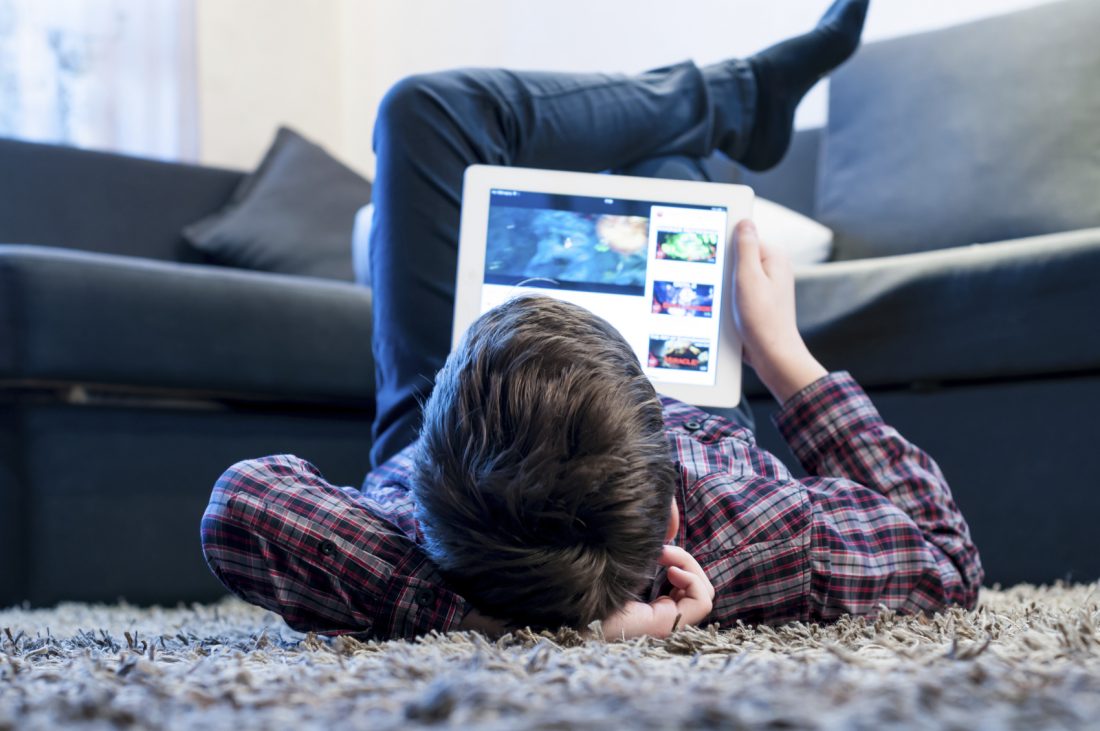 Please take the time to watch this TedTalks: https://www.youtube.com/watch?v=BoT7qH_uVNo